Our school is committed to safeguarding and promoting the welfare of children and young people. We expect all staff, visitors and volunteers to share this commitment.

If you have any concerns regarding the safeguarding of any of our pupils please contact one of our Designated Safeguarding Leads: Mrs Naomi Shrimpton, Miss Kerry Cutler, Mrs Sally Mitchell, Mrs Jemma Murray, Mr Sam Matthews.

Our Child Protection and Safeguarding policies can be found here

Log in Coastal Learning Partnership
School has now re-opened to more of our pupils. If your child is at home, please visit their year group page for set home learning. Stay safe and take care everyone.

Louis has created a fantastic poster to promote the purchase of Fairtrade goods based on research he completed. It is very persuasive!
Evie has created an atmospheric and creative continuation to the story of Kensuke's Kingdom. Have a read... it's a bit scary!
After never hearing of Fairtrade before, Oscar really enjoyed researching it and creating a poster to encourage people to buy Fairtrade products.
Lois has really enjoyed getting creative with her parabolic designs!
Jasper has created a rainforest project based on the Kayapo tribe. He has done lots of research and presented it in an engaging and creative way!

This is my project about the Rainforest in Brazil.I wanted specially to show how the Kayapo tribe live

Year 6 were challenged to write sentences with words that could be either a noun or verb. Natasha has challenged herself to put them both into the same sentence. Have a look at some of her examples below:

5.       The handle on the door hit the teacher in the face while he was trying to handle a tricky situation. 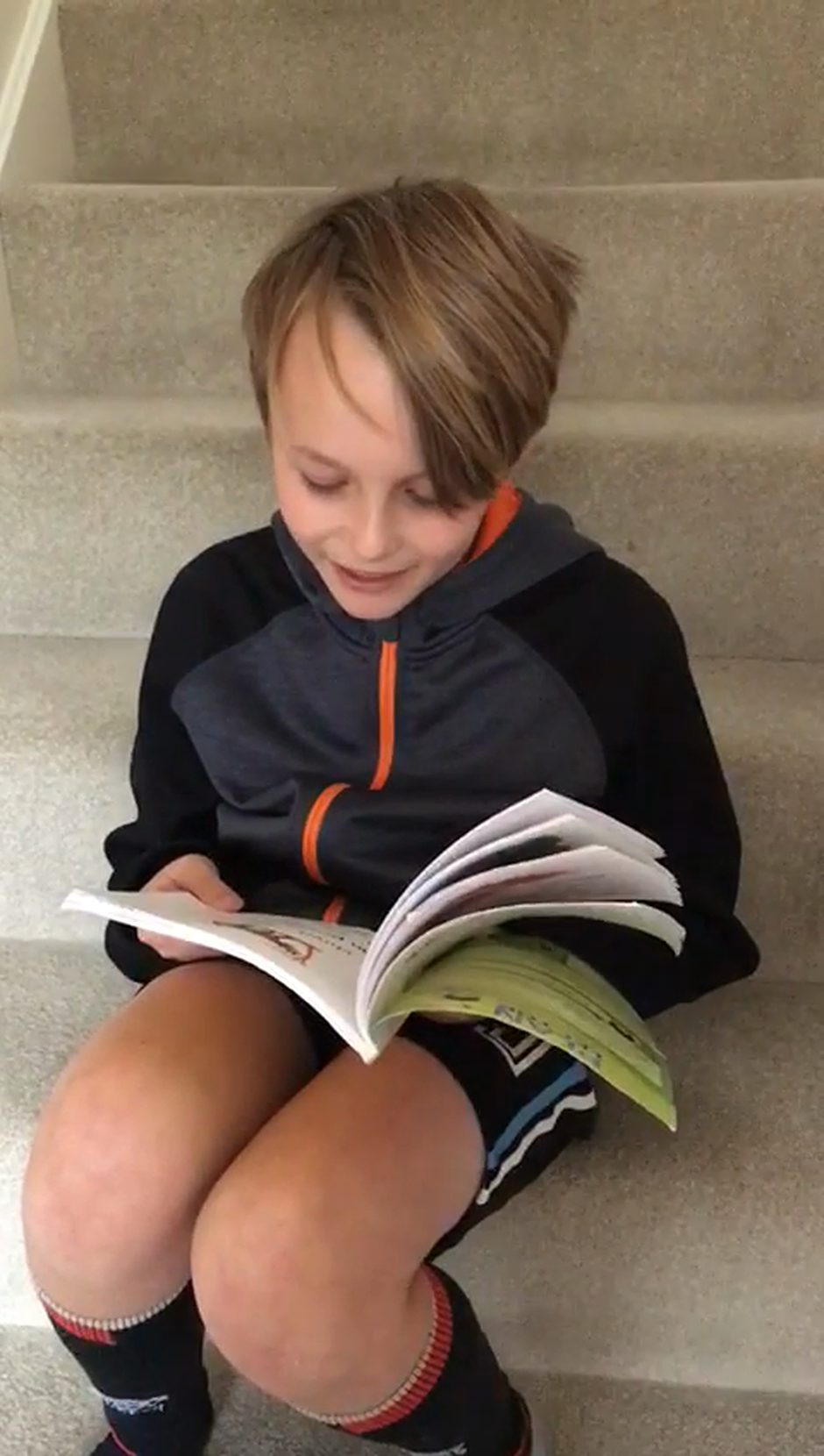 Lucas and his brother having a water balloon fight!.mp4 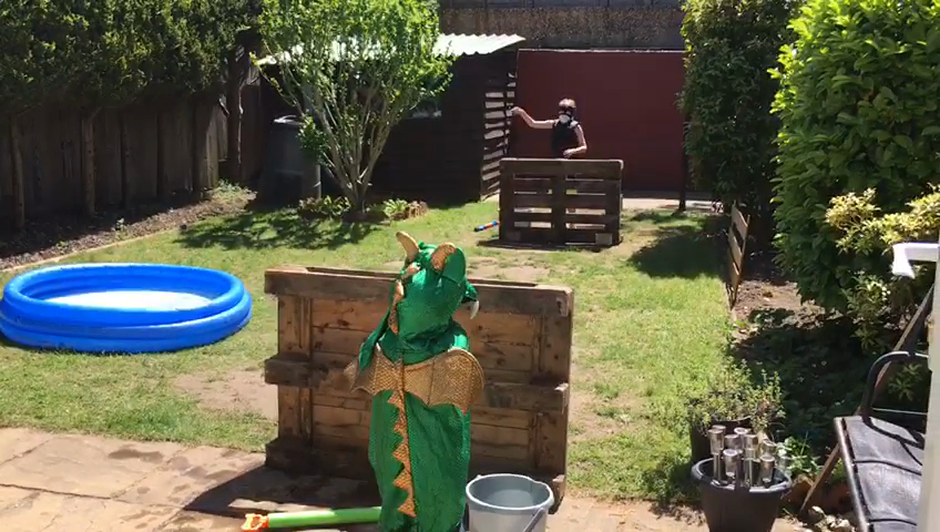 Josh has written a wonderfully original and creative story about an adventure in a cave. Please feel free to have a read. You will not be disappointed!
Below are just a few examples of how Natasha has been keeping herself busy by doing things she enjoys during lockdown. Her creative side has come out in full force as she has undertaken lots of projects such as modelling a cat hotel, digital drawing (patches is very cute!), creating a four seasons cushion using lots of different materials and methods and... hairdressing! She has also made the most of the fantastic weather by camping in her back garden and walking her dog.
Ruby has been busy painting rainbows to show her support to the NHS. The shed looks fabulous!
Ava has been busy baking some biscoff flavoured cupcakes and biscuits in various shapes and sizes. Delicious!
Connie has shown her creative side by making some inspirational artwork with positive messages of joy, hope. love and faith. To see how she did it, watch her time-lapse video. She has also been working hard by completing home learning tasks as well as extra work to a high standard. Fantastic! 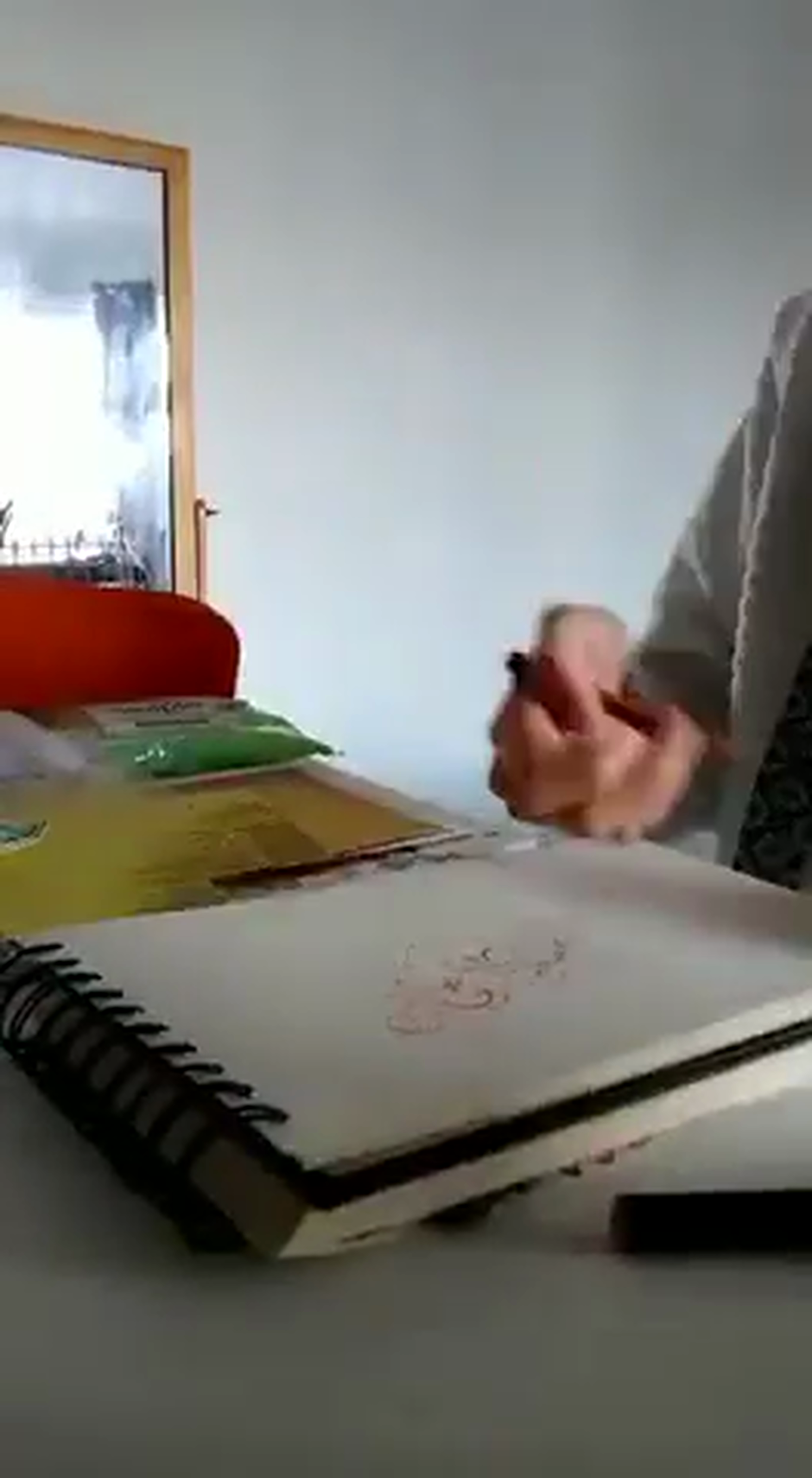 Sophie has created a clear, detailed classification key and a beautiful piece of Rainforest art in the style of Henri Rousseau. Wonderful!
Lois has been very busy with activities linked to our Rainforest topic. As well as creating a poster to promote saving endangered species, she has done some fantastic artwork to accompany it and made a habitat for a koala named Kaleb!
Kara has created fantastic fact files, which have been beautifully presented, on Rainforest animals as well as some wonderful artwork!
Ava has been extremely busy at home by completing a range of activities based on our Rainforest topic. Have a look at her description of a red-eyed tree frog, which demonstrates some high-quality features of writing.
Jasper has been working on an original, creative story called 'The Unfortunate Clown'. Have a read of his first draft below. He is busy editing it now! He has also said that he would welcome any children who would like to illustrate his story. Send any drawings into the Year 6 email.
Top
Cookie information
Cookie Notice